A love letter to the iconic costuming of the Wicked Witch of the West.

Thankfully The Wizard of Oz always seemed to be on ‘council telly’ growing up over Christmas. With no flying snowmen in sight I would still happily take Oz over a rerun of The Snowman (even with the Bowie intro). I have fond memories straining my eyes watching the film on my Grannie’s tiny television, in awe as the screen filled with glorious Technicolor. I’m not the only one who holds the fictional land of Oz dear, the film has continued to top cinema-lovers polls since its revolutionary cinematic release in 1939.

Everyone has their favourite character from the film. For me it was the gleefully villainous Wicked Witch of the West that stole my heart. With just a mere 12 minutes of screen time, actress Margaret Hamilton birthed a screen icon. Each time I revisit Oz there’s nothing I love more than to watch the Wicked Witch of the West and her band of smartly dressed Flying Monkeys torment Dorothy and friends down the yellow brick road.

It’s crazy to think The Wicked Witch of the West has been scaring and delighting audiences for over 79 years. She didn’t need ruby-red slippers or a clumsy Scarecrow dance to appeal to audiences. Her overtly cruel, camp performance along with her costuming sealed her fate as one of cinemas most revered baddies. Hamilton’s on screen witch was visually iconic with thanks to the creative makeup from artist Jack Dawn who hand blended the legendary green body paint. Margaret Hamilton endured hours under the painful hot studio lights in the copper based green paint and prosthetics. The role had a lasting effect on the actress, specifically that of a greenish hue that lasted for months after shooting. Styling details such as the long green pointed fingernails echo the eerie long fingers of Nosferatu but also the elegant, fashionably poised manicured nails of the late 1930s. I wonder if she wore Revlon’s Cherries (or how about poppies) in the Snow? Quick reality check – the snow used during the poppies scene was of course everyone’s favourite multipurpose material – Asbestos!

In contrast to the neatly trimmed cuticles, Hamilton’s brows were brushed upwards and crudely overdrawn. Her green complexion appeared both patchy and caked on in various scenes, never achieving over all opacity in the film. To put it bluntly she was not HD ready. To finish off the look a glorious hairy wart was perched upon Hamilton’s hooked prosthetic chin. To this day what child isn’t terrified of warts and unkempt eyebrows? Nowadays the green makeup of Hamilton’s witch is still viewed as one of the archetypes of the modern witch and has continued to influence the  visualisation of witches in popular culture ever since. 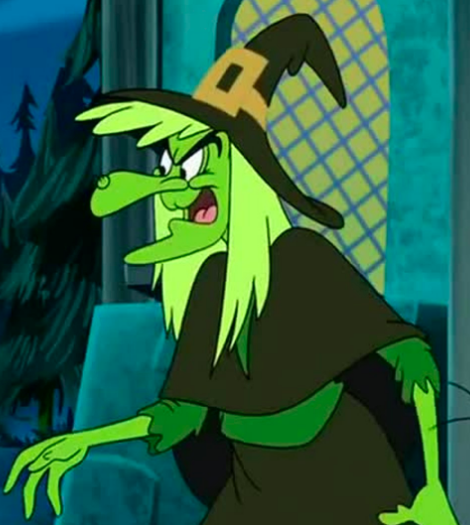 The Wicked Witch of the West wasn’t always destined to be the green-skinned Margaret Hamilton. The role was originally that of Gale Sondergaard, a 40-year-old actress who originally was dressed in full sequined cowl, body-conscious dress and hat. To complete the character – overdrawn lips, fashionably heavily pencilled arched brows and full false eyelashes.

At first the film was majorly influenced by the recent Disney hit Snow White and the Seven Dwarves but things quickly went to the darker side. Sondergaard’s glamour ghoul morphed into a drastically dowdier witch with frizzy wig, unflattering prosthetics and gasp…no sequins!

Ultimately Sondergaard  decided playing the character would do her career no favours and in came along character actress Margaret Hamilton whose favourite book growing up was…you guessed it…The Wizard of Oz.

Head of Metro Goldwyn Mayer Costume Department Gilbert Adrian designed over 3000 costumes for the film. His designs for the Witch have now helped define how we envisage an atypical witch in the twentieth century. Adrian designs were typically extremely ostentatious, evoking high glamour and paying no real close attention to historical accuracy were required. He did not need to worry about realism whilst working on Oz, Adrian had free-reign to design a whole world of colourful costumes fit for Technicolor. Dressed head to toe in black Adrian’s witch was albeit less flashier than the previous sequined cowl for Sondergaard but still had that signature Adrian style.

The black gown itself was a full length a line gown with detailed leg of mutton sleeves, nipped in waist and laced faux stomacher. It appears that Adrian was inspired by some aspects of 17th century clothing especially in the faux stomacher and trademark conical hat. The hat received the Hollywood treatment with black wool bunting base, steel hopped brim and a sweep of black silk which menaced through the air. The bewitching ensemble was of course finished by a dramatic jet black cape because all witches have to have a cape right?

Illustration by Wenceslaus Hollar, circa 1645.

The Wicked Witch creeping in the Haunted Forest.

Throughout her career Margaret Hamilton held the role dear to her heart, reprising the role several times including an ill-fated episode on Sesame Street. Early tests of the show proved once again children were transfixed with Hamilton, in particular her green face. Despite the overwhelming positive response from the kids, parents were outraged by having a Wiccan women on a children’s show and sadly the episode 0847 never aired.